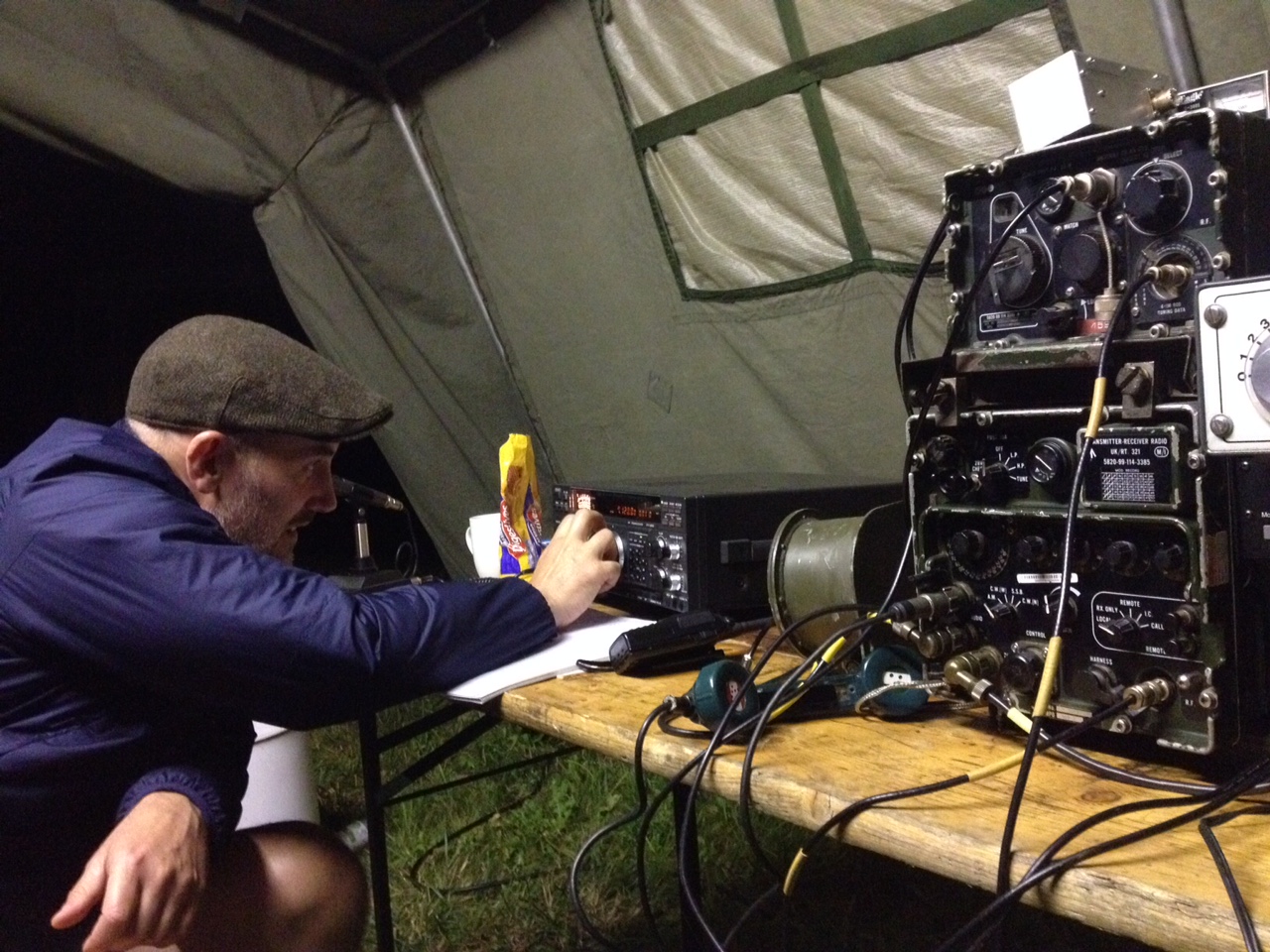 Masts were erected which supported a trapped dipole for the HF bands, a yagi antenna for 2m and a vertical dipole for 4m. Two large tents were erected, one accommodating the HF station and the other the VHF station and catering kit. Mains electricity came from a large generator set. In the HF tent were the club’s FT990 transceiver and Tony G3YYH’s ex-military VRC321 50W HF transceiver. The VHF tent housed various pieces of kit. Tony G3YYH had a great deal of fun operating his VRC321 Clansman kit on 80m AM for the VMARS (Vintage & Military Amateur Radio Society) net on 3615kHz, receiving very good reports from most parts of the UK. The FT990 was put to good use by several members, on SSB and on CW.

Jon M0JMM brought along some more ex-military Clansman kit: a PRC351 VHF FM manpack and a PRC320 HF manpack. Using the latter with a vertical wire antenna he easily made QSOs into Europe. Andy M0JLY demonstrated how relatively easy it was to listen to the FO-29 low-orbiting satellite using a home-made hand-held yagi and an FT-817 tuned to 70cm SSB. Catering was in the hands of Peter G3YJE who supplied copious quantities of hamburgers and hot dogs with all the usual trimmings – and more!

Some 16 members supported the event, some for just an hour or two, some for most of the weekend. It was a really great weekend. Many favourable reports on the event were received.

Lots of thanks must go the “prime movers”: Giles G0NXA, Tony G3YYH, Smurf 2E0OAV and Peter G3YJE. Between them many hours were expended planning, erecting and dismantling the stations, for which the rest of us are very grateful. Many thanks also to the other club members who, one way or another, helped to make the weekend the success it undoubtedly was.