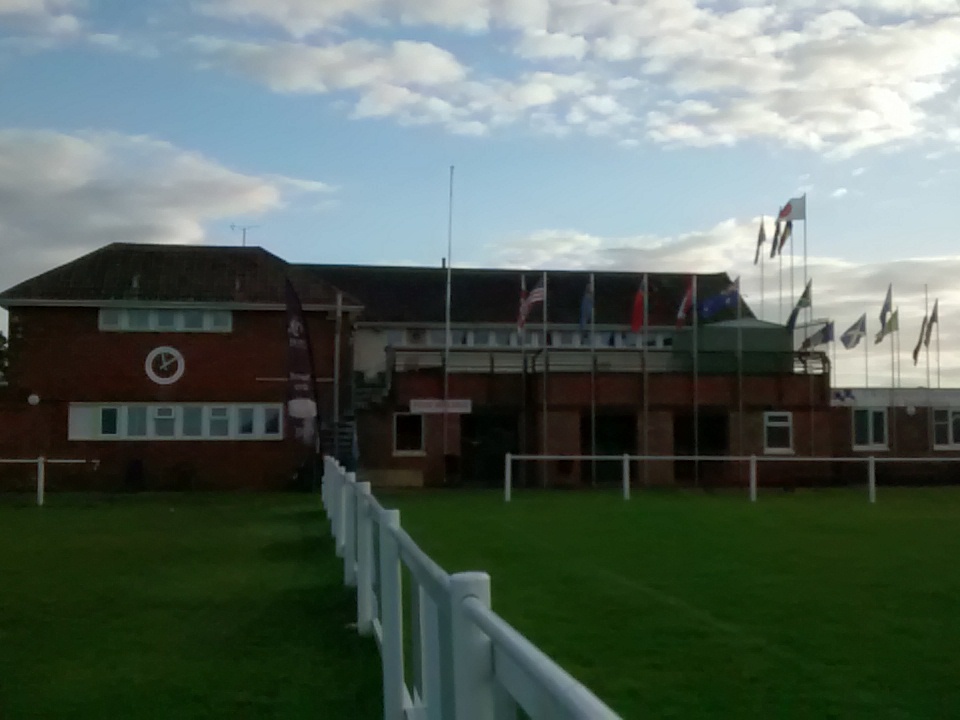 A few months ago, in anticipation of the Rugby World Cup coming to England, the Worked All Britain group approached CARA and asked if we would host the Special Event Callsign GB0RWC for a few days around one of the matches taking place at the Kingsholm Stadium in Gloucester. The fool I am, I thought this sounded like a good idea, and agreed to head up the effort to put on the station.

Leading up to the days we’d agreed to host the callsign life was easy, it mostly involved being ignored by almost all of the rugby clubs in and around Cheltenham I contacted, apart from one. Cheltenham Tigers, and their club house at the Newlands Sports and Social Club were willing to let us invade and fill their fields with RF.

Sadly, we didn’t get quite as much access as I’d have liked, as the club is a voluntary organisation and couldn’t unlock just for us to play radio. As a result some of the operating was conduced from a tent in my garden, luckily in the same WAB Square, so hardly anyone noticed!

Day one we had issues, the 3 month old power supply Giles and lent me kept deciding to stop working, which cut one QSO short mid transmission, and forced a long lunch break later on in the day. We also had an s9+20 noise floor on 40m, worse on 80m, and I was all but ready to give up. Then I unplugged my (brand new, Chinese replacement) laptop power supply, immediately the noise dropped to s5. Not perfect, but not bad for the middle of a modern housing estate.

During a few sessions, one being a  3 hour long pileup on Thursday, we worked 117 QSOs, mostly on 40m SSB. Not bad for what was mostly just one operator, who’d never run a Special Event Station before! My trusty ICOM IC-735 served me well, although I did get one station tell me I wasn’t on frequency… 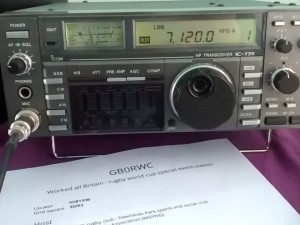 Many thanks to Giles and John  for their help operating the station and other logistics, and to the team at Cheltenham Tigers for putting us up. Not forgetting the WAB team for putting on the callsign relay!

For more information, GB0RWC is on QRZ