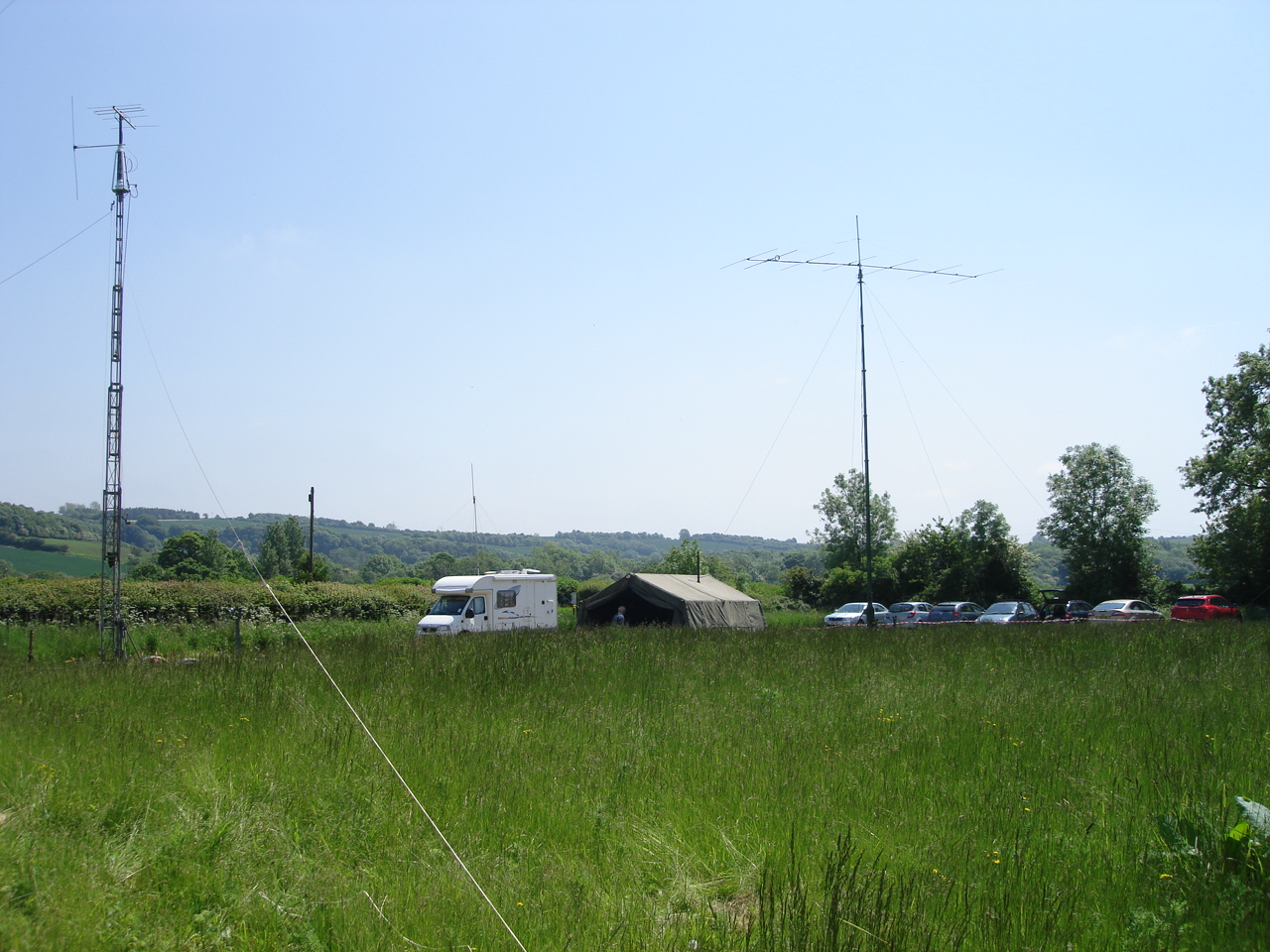 Over the weekend of 4/5 June CARA members set up camp near Withington. The main aim was to have fun playing with our radios out in the countryside away from urban QRM and with plenty of space in which to erect aerials. We also took the opportunity to take part in both HF CW NFD (National Field Day) and the UK Six Metre Group contest running that weekend.

An advance party arrived on the Friday to set up tents and catering facilities. The main fun began at 9am on Saturday with a splendid cooked breakfast prepared by Smurf 2E0OAV. Work then commenced erecting the stations, masts , towers and aerials. On the contest scene 6m operations commenced at 2pm and HF CW NFD at 4pm.

By mid-afternoon many members had arrived on site so the planned barbeque was well attended and much enjoyed, thanks again to Smurf.

A small group stayed on site overnight to man the contest stations, and more members appeared and re-appeared on Sunday morning for another great day out in the country. The weather was glorious, a real scorcher of a day.

By mid-afternoon the contests had ended and with many hands to help everything was quickly dismantled, packed and carted away. Many thanks to everyone who helped.

The event was clearly very popular – more members attended than we sometimes see at our monthly meetings. Many very favourable comments were received along with a repeated plea “Please do it again!”. There are plans!

More photos, from various sources, at: